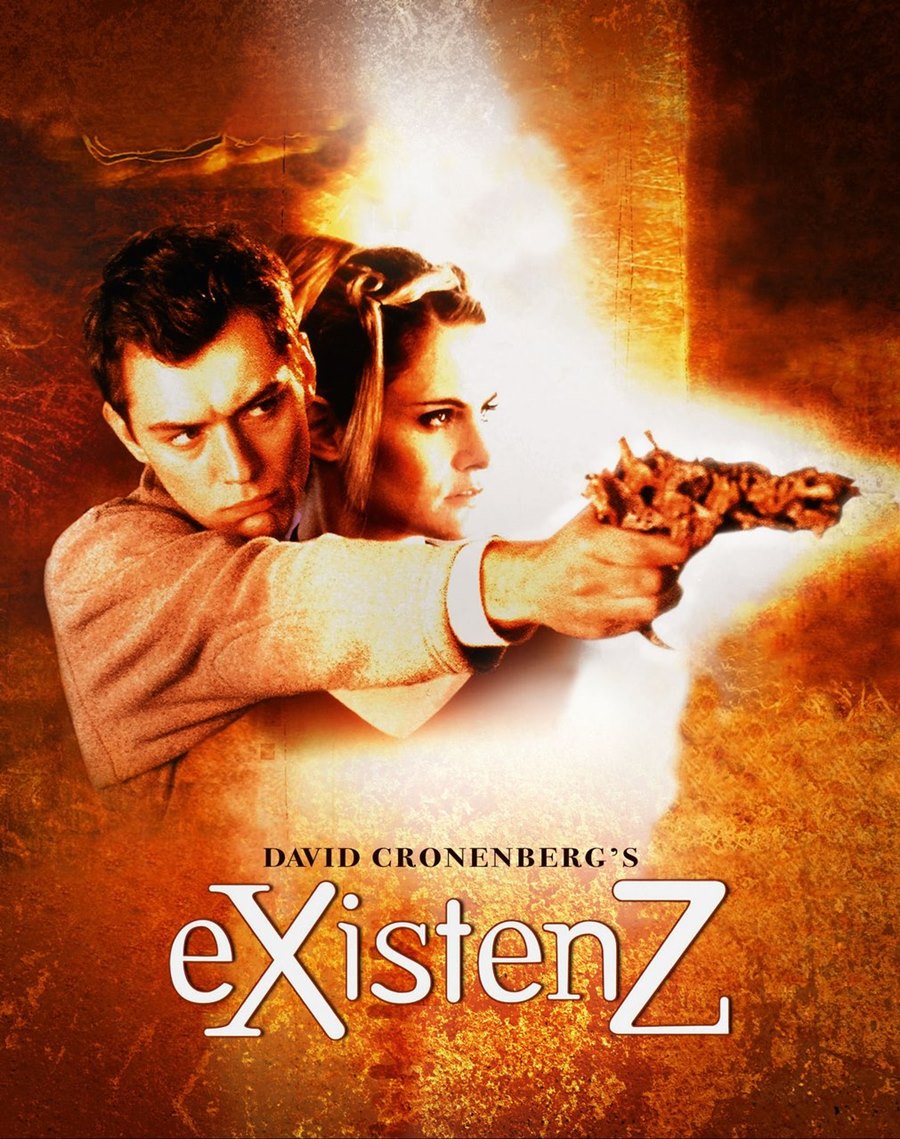 “Nothing about religion is simple” - Lady Jessica

This post is intended to be the first in a series about people and things that I think are interesting but which I suspect that many of you have never even heard of.

eXistenZ is a film from 1999 and boy does it look it; the hair and make-up and costumes scream late 90s. More significant, however, is the theme of virtuality. The pre-millennial period saw the release of an extraordinarily large number of what one critic labelled ‘edge of reality’ movies. That is, films that concern characters questioning the nature of their lived experiences and finding that the world around them is but an illusion.

The fact that the DVD includes an advert for the Sega Dreamcast is indicative of the difficulty that the studio must have had in marketing the film. eXistenZ is not an action-adventure in the style of The Matrix and it is certainly not aimed at the Dreamcast crowd. Cronenberg’s film is far darker and far more absurd than any of the more mainstream fare.

The fact that the film is called eXistenZ may tip off some as to Cronenberg’s perspective on the real and there is also, of course, lots of body horror—not as bloody or disgusting as in some of his other films—as well as lots of (fairly on the nose) Freudian symbolism.

eXistenZ is not Cronenberg’s best film, but with a 90 minute run time in which Willem Defoe, Christopher Eccleston and Ian Holm guest star, it breezes by in a way that makes many more worthy efforts look leaden.